I have been home from my Rhode Island adventure for one week now. Frankly, I needed a week to decompress and digest all that I learned. It truly was a jammed packed three days. Here are a few quickie shots of some of the things I experienced.


First, I flew to Providence in a small plane. The smallest I've ever seen at an airport that is not featured in a beloved 90's sitcom called Wings. That's the pilot out front. She was one of two crew members on the flight. The other was the co-pilot. No complimentary drinks on this little fella. 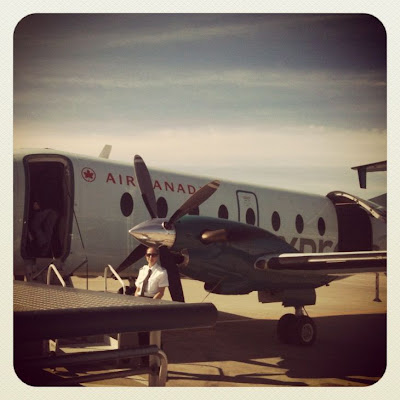 The view from the inside is a bit scary, no? It actually wasn't as bad as it looks. A definite first for me. I can now say with confidence and knowledge that I prefer a bigger plane. 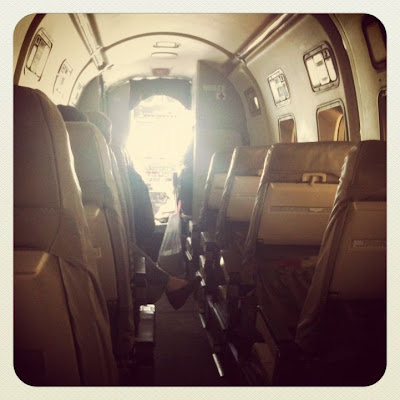 This is a photo from the Thursday night key note presentation. The three folks on the couch were mega players at kickstarter.com, etsy.com, and behance.com. They had some pretty great stuff to say about their own company, as well as online community and presence. I'm up and running on Esty, but I will be starting accounts other social media sites soon, including Behance. At least that is what I told Matias Corea, the Behance speaker. Better stick to it. 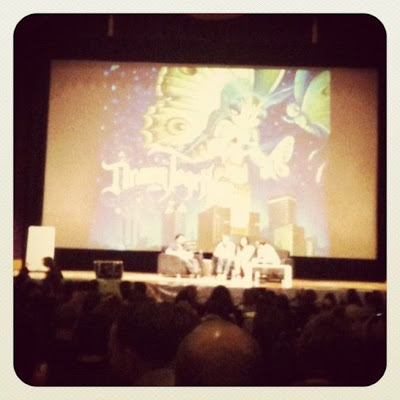 An illustrator that I was inspired by but, quite embarrassingly, was not familiar with was Bob Staake. He spoke about his career in editorial and children's book illustration and his growth as an artist. His work was totally up my alley, and after I looked him up I realized that I had seen his stuff before. I guess I have a new illustrator to look up to. 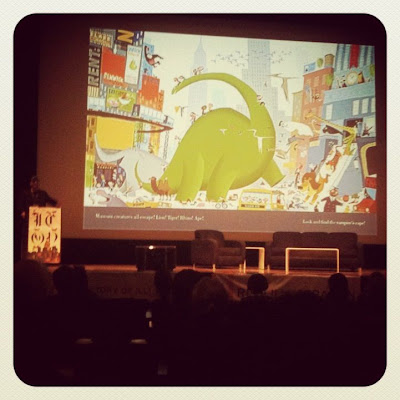 Another speaker that I adored was Christopher Silas Neal.
I came to the conference a ready made fan, and was intrigued with his presentation on a collaboration project he did for Kate Spade. An animation based on the colour navy. With synchronized swimmers. And a whale. How could I NOT love it? Ronaldo has been telling me for years that he would help me make an animation of my characters and Chris made me excited to actually go for it. 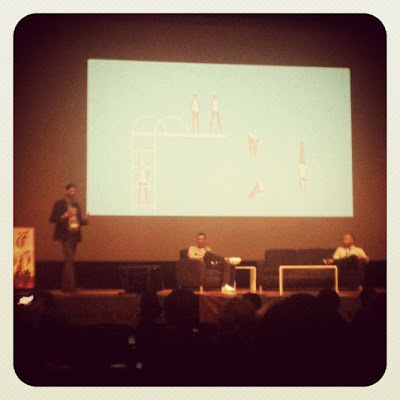 Chris was not the only speaker I was pumped up to see. I have been a HUGE fan of Jessica Hische's work ever since I saw her flow chart of when you should do work for free. Look to your right and you will see her website link in my favourites list. She did not disappoint. She was dispelling a terrible talk from ICON6 in L.A. that basically said that the static image is dead and if you don't animate your career will be too. She swears like a sailor, but it was kind of the coolest thing ever. If you go see the Wes Anderson movie Moonrise Kingdom (which I did, and it's awesome, and I'm writing a post about it soon) you will see her typography and lettering throughout it. And it's beee-a-uitful. 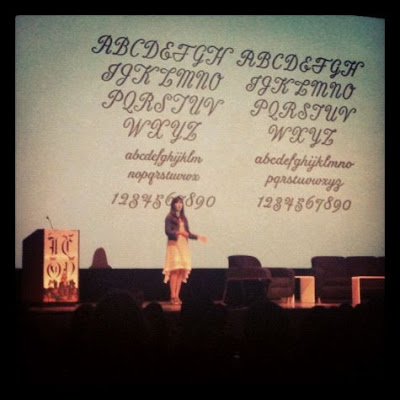 I could write a book about this conference. It was expensive, but worth it. My tea towels were a total hit, which made me feel pretty good about my own work amongst such amazing talent. I'm going to put up little tidbits I learned over my future posts, rather than give you a novel right now. Before I head to bed I will leave you with a quote from the final key note presentation of the conference. Brian Rea (who's illustration work is all over the T Dot right now for the Soulpepper Theatre) and Paul Sahre re-imagined author Malcolm Gladwell's first three books into a stunning, fully illustrated, packaged set. They put up one of Malcolm's quotes that really rang true to me. 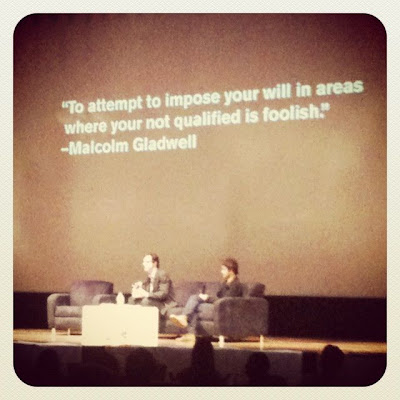 I figure if I do what I love that I will never be a fool.